Maastricht University (UM) is the most international university in the Netherlands and, with 16,300 students and 4,300 employees, is still growing. The university stands out for its innovative education model, international character and multidisciplinary approach to research and education. Thanks to its high-quality research and study programmes as well as a strong focus on social engagement, UM has quickly built up a solid reputation. Today it is considered one of the best young universities in the world.

The Faculty of Arts and Social Sciences (FASoS) is one of the six faculties at Maastricht University. It was founded in 1994. The faculty offers a place where scholars with different disciplinary backgrounds – historians, political scientists, literary and arts scholars, sociologists, anthropologists, philosophers and others – are brought together in joint research. This interdisciplinary approach is predominant in our teaching as well; all of our programmes acquaint students with different disciplines and perspectives. The research institute of the Faculty of Arts and Social Sciences (FASoS) at Maastricht University studies societies and cultures as they unfolded during the modern and contemporary era in a radically interdisciplinary manner. We analyse the interrelationships of Europeanisation, globalisation, scientific and technological development, political change and cultural innovation. We are interested in how today’s societies cope with and reflect these challenges in various ways. 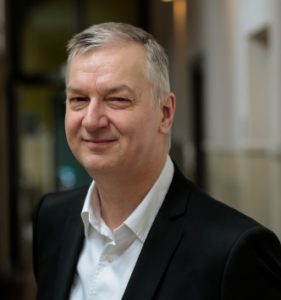 Professor Thomas Christiansen holds a Chair in European Institutional Politics in the Department of Political Science at Maastricht University, the Netherlands, where he is also Chair of the Research Programme on “Politics and Culture in Europe” and Director of the Centre for European Research in Maastricht (CERiM). In addition, he holds regular visiting positions at LUISS Universitá Guido Carli in Rome, Italy, and at Sungkyunkwan University in Seoul, South Korea. He is Executive Editor of the Journal of European Integration and co-editor (with Sophie Vanhoonacker) of the ‘European Administration Governance’ book series at Palgrave Macmillan. He has published widely on different aspects of European integration. He recently co-authored, with Christine Neuhold and Anna-Lena Högenauer, Parliamentary Administrations in the European Union (London: Palgrave 2016) and, E.Kirchner and U.Wissenbach, The European Union and China (London: Palgrave Macmillan 2019). In the context of EAST, Thomas Christiansen is a co-editor and contributor to the edited volume on security. 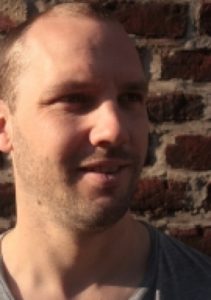 Dr Johan Adriaensen is Assistant Professor.at Maastricht University where he teaches courses in public policy, research methods and the European Union’s external relations. His research covers the political economy of trade, institutional politics of the European Union, and the scholarship on teaching and learning. His most recent books are The Principal Agent model and the European Union (2017) with Tom Delreux and National Administrations in EU trade policy (2016). In the EAST network, Johan Adriaensen is a co-editor and contributor to the edited volume on trade.